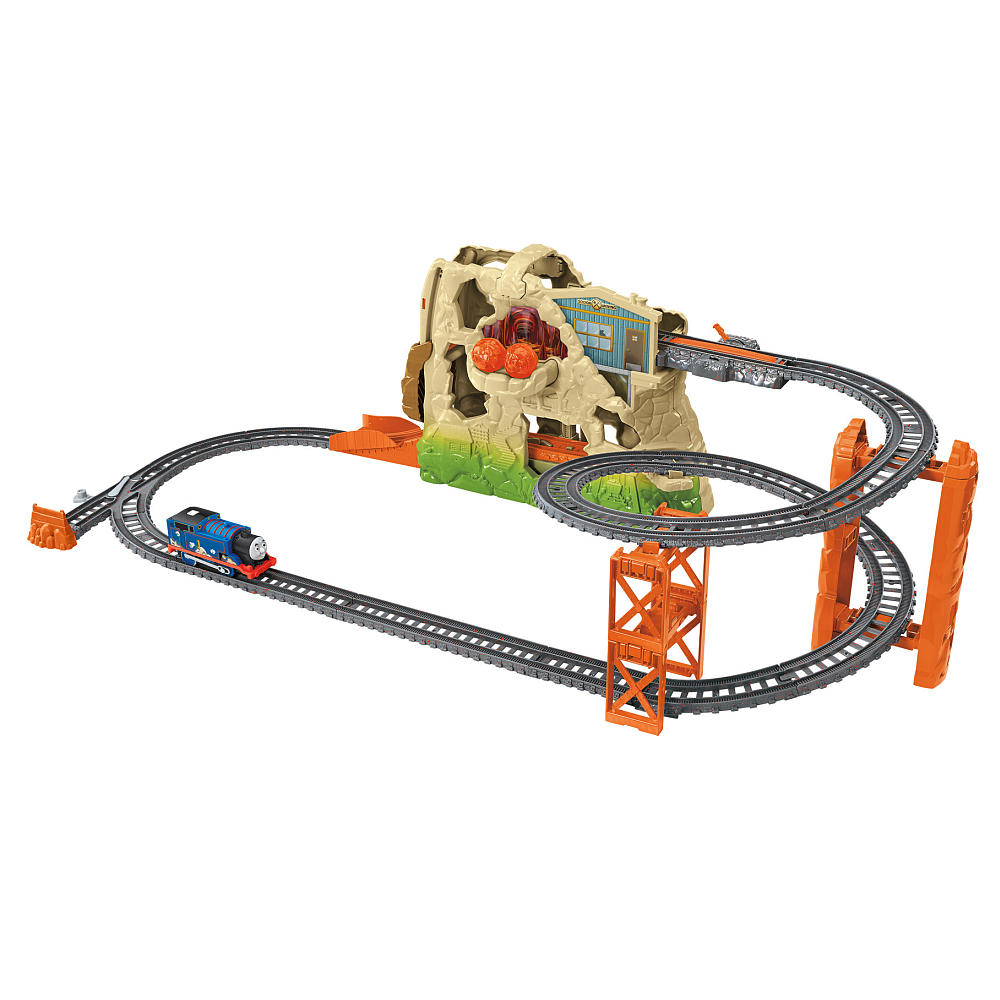 Get ready for fun and thrills that only TrackMaster can deliver as the No. 1 blue engine braves the volcano in Thomas' Volcano Drop from Fisher-Price! For even more cool action, this set includes a motorized Thomas train that produces real steam. See Thomas race up the spiral track and into a volcano, complete with a trail of lava, falling boulders, and a daring escape by the No. 1 blue engine. Join Thomas on this exciting journey as he races full steam ahead into the heart of an erupting volcano!

Send Thomas speeding up the spiral track, past the Sodor Mining Co., and into the active volcano. When the No. 1 blue engine enters, boulders of molten rock fall from the side, a trail of lava appears at the top, and a stone slab drops to block his exit! As Thomas descends through the volcano, steam from his funnel will spray out the top, bringing the volcano to life. Finally, when the No. 1 blue engine reaches the bottom, he’ll use his speed to burst through the rock and escape!

It’s time to race full steam ahead with TrackMaster™ Real Steam Thomas! Watch Thomas produce real, safe-to-touch steam as he races around this action-packed train set. Simply fill the included dropper with water, turn Thomas over to open the hole on the bottom of his chassis, and use the dropper to fill the engine. When you switch Thomas on and he speeds along, he’ll spout steam from his funnel, just like on the show!