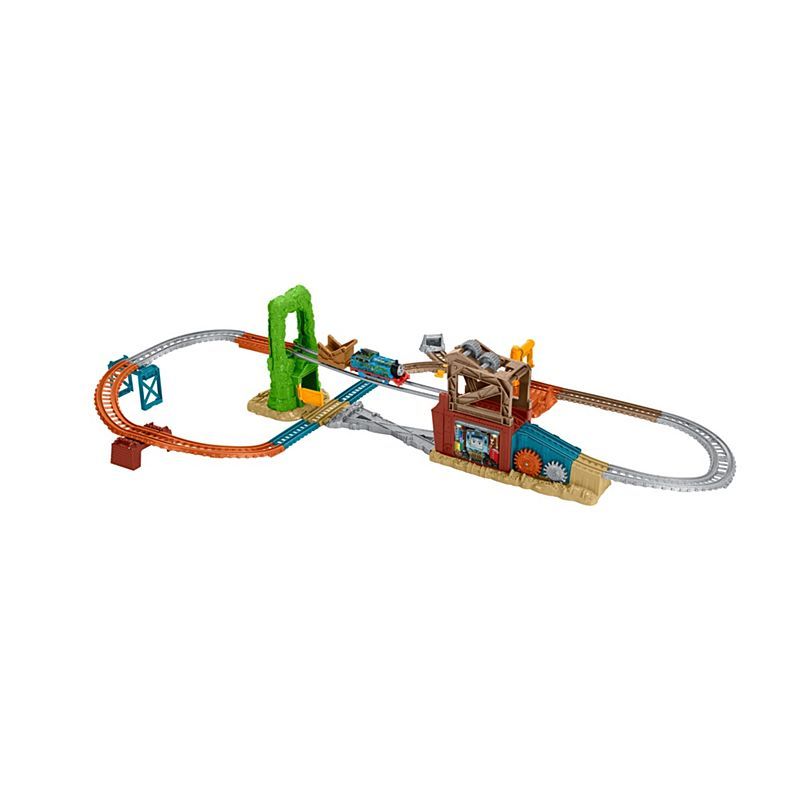 In the Thomas & Friends™ DVD, Journey Beyond Sodor , Thomas finds a special scrapyard on the Mainland, and now children can relive the excitement of his discovery with this thrilling train set inspired by the movie. The TrackMaster™ Scrapyard Escape Set from Fisher-Price lets kids send motorized Thomas up towards the moss-covered ledge, and just when it looks like he can't go any further, the cables drop to provide a safe crossing!

But Thomas isn't free from danger yet. After navigating the cable bridge, he enters the Scrapyard shack, where a large machine cog falls into his cargo car. He speeds forward, but there's a gap in the tracks! It looks like Thomas will tumble over the edge… until, at the final moment, a hill shoots out from beneath the shack, offering Thomas a safe route down. The journey continues as the No. 1 blue engine speeds around a curve, and a machine arm snatches the cog from his cargo car, then drops it in the cargo holder. Children can enjoy a world of exciting motorized action as they experience Thomas' courageous escape again and again!